Estonian Business Angels Network’s members made a total of 100 investments to 65 companies in 2014. The total amount of investment slightly exceeded €4.8 million, out of which initial investment to Estonian startups were €1.6 million.

EstBAN annual deal data revealed that EstBAN members’ investment activity has increased if compared to the previous year with an average investment size per deal at €48k compared to €56k in 2013 as angels have moved into even an earlier phase (seed vs startup). A third of all the deals were made into ITC sector. More than half of the network members actively invested in the last year and the trend is towards syndicated investments with other business angels and entities, said Heidi Kakko, the Managing Director of EstBAN. Out of the 100 investments only 16% were made as solo investments, she adds.

EstBAN is actively working on connecting new high-growth companies to our business angel members. 53 companies got to pitch in front of the angels at the EstBAN monthly pitching events and 25% have already gotten an investment or are in the process of securing it.

Ivar Siimar, the President of EstBAN, continued: “I made a calculation of an estimate of how much EstBAN members have spent on pre-screening the companies, watching them pitch and working with them towards and after the investment in the board meetings by counting the companies that have been invested to. By this math, EstBAN members have spent 8447 working hours on their investments in 2014.” This shows how much work is put into by angel investors making their investments a success and improving the Estonian economy.

In addition to investments, EstBAN members made 11 exits last year with 27% of them securing a return above 10X. The most exciting exits of the last year were GrabCAD by Marek Kiisa and Paytrail by Ari Korhonen.

At the annual general meeting on February 19th 2015, EstBAN had the great pleasure to give out its Annual Awards – Marek Kiisa was awarded as the Angel Investor of the Year and Hardi Kampus was the Lead Angel Investor of the Year for initiating syndicated deals. EstBAN also recognized Mrs Candace Johnson, the President of EBAN for Developing the Joint Angel Network in Europe and thanked the Constant Great Supporter Jaakko Salminen from FiBAN. The full list of award winners is available here.

Estonian Business Angels Network (EstBAN) is an umbrella organization for business angels and business angel groups seeking investment opportunities in Estonia and its neighboring regions. Estonian Business Angels Network EstBAN was founded in the end of 2012 with 25 members. The constant interest in EstBAN and its activities is still growing with the number of members reaching 90 by January 2015. The network includes in addition to Estonian angels also members from Finland, UK, USA, Norway, Sweden, India and Spain. 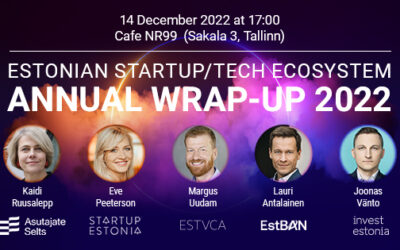 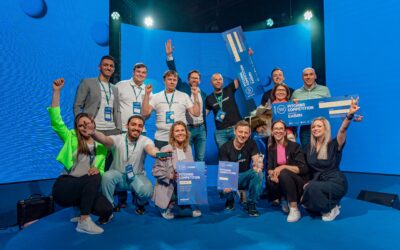