New members of EstBAN
Every month we introduce to you new EstBAN members and warmly welcome to our investor community. Here is a sneak peak of what they are doing professionally as well as […] 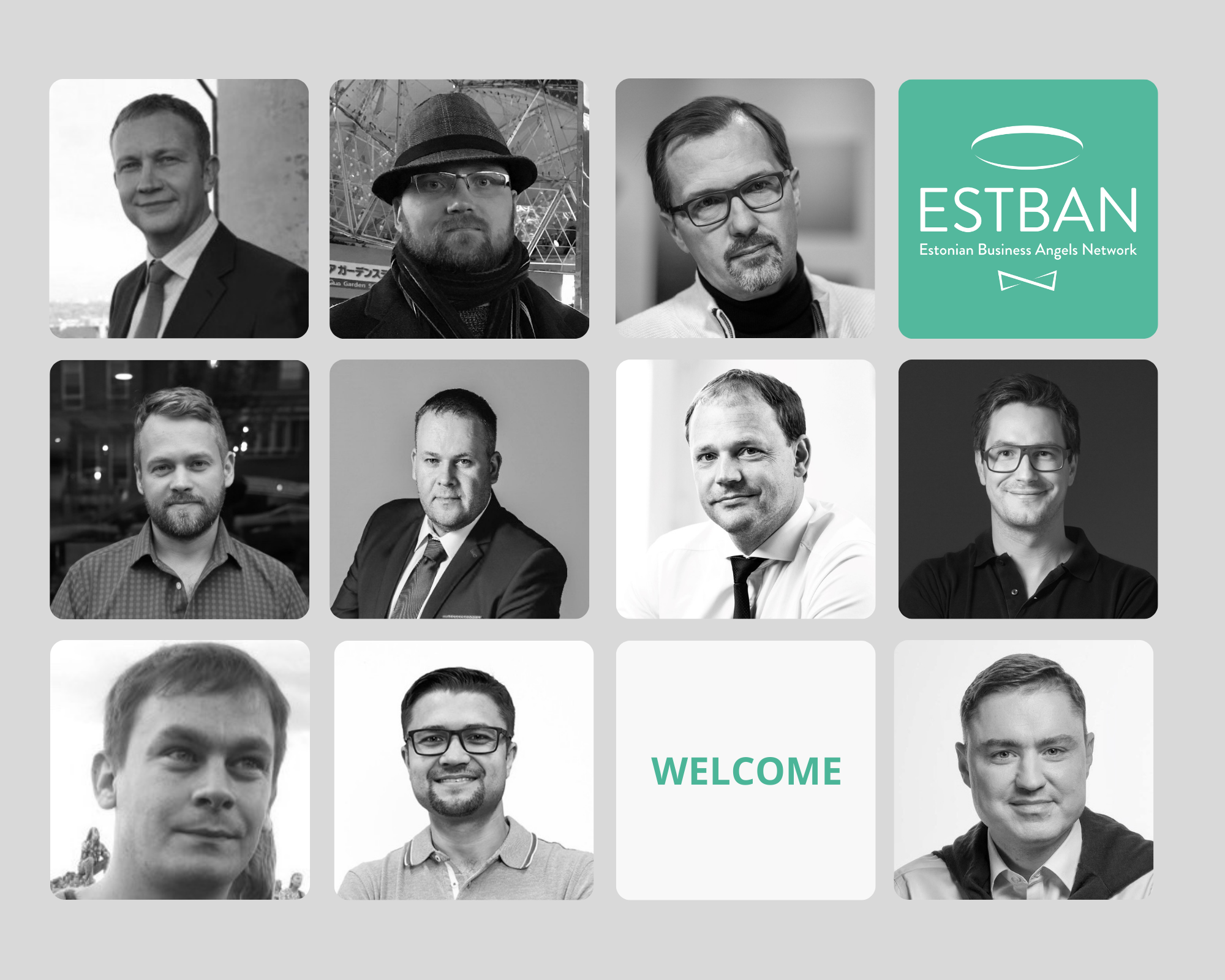 Every month we introduce to you new EstBAN members and warmly welcome to our investor community. Here is a sneak peak of what they are doing professionally as well as what was the reason why they chose to become EstBAN members.

Olle Tischler is head of Surveillance Systems Department at Cybernetica. He has been naturally co-operating with EstBAN for some time already and now he feels that would like to give the push to the organisation. Angel investing is both his joy and a source of growth and learning. He is looking forward to becoming an active lead investor and sharing his experience of leading people and growing businesses.

Oleg Shvaikovsky is member of the Management Board, Executive Vice-President at Nortal. He does believe that small emerging companies could have a major impact and he’d like to help them to make it happen. He have a tons of international experience and quite extensive network, especially in Northern America.

Taavi Rõivas is former politician and chairman at Auve Tech, he has been actively involved in supporting and promoting the Estonian startup-community. He is a true admirer and fan of Estonias’ entrepreneurial spirit and getting things done – mentality. As an emerging entrepreneur he sees opportunities to invest in great teams and ideas and support them in opening the doors needed.

Arto Aas is managing director at Estonian Employers’ Confederation. He is always interested in new knowledge, contacts and business opportunities. Arto has a thorough knowledge of the public sector and, so to speak, of the traditional economy. He has also practiced a little investing in the stock markets. Now he feels that it is the time to get to know in depth the start-up world, early stage investing and the technology sector. He is always ready to share his knowledge of public services, policy making, state-owned enterprises, and team management. And maybe there will be synergy with his daily work at the Estonian Employers’ Confederation.

Dmitrij Žatuchin is CEO of DO OK & DoConnect. He has joined EstBAN as he knows how valuable is to be a part of a network. It broads a perspective and gives others and to him possibility to learn and give back. Being in the Polish IT ecosystem for 17 years he can be a bridge into Polish promising deals.

Kaido Alliksaar is chief executive officer at Trondecom. He has worked long time in one or two sectors only and felt that now it is time to learn something new. He believes that in the stage of his business career he can do this best by investing in early stage companies and opening his experiences and network to them. He has worked 15 years in Human Resources business and Construction Project Management fields and has extensive knowledge of those fields. Also he has been managing very different teams of people in different countries. He is thrilled to find companies who could benefit from his experiences.

If you are interested in joining EstBAN, read more about member benefits HERE.