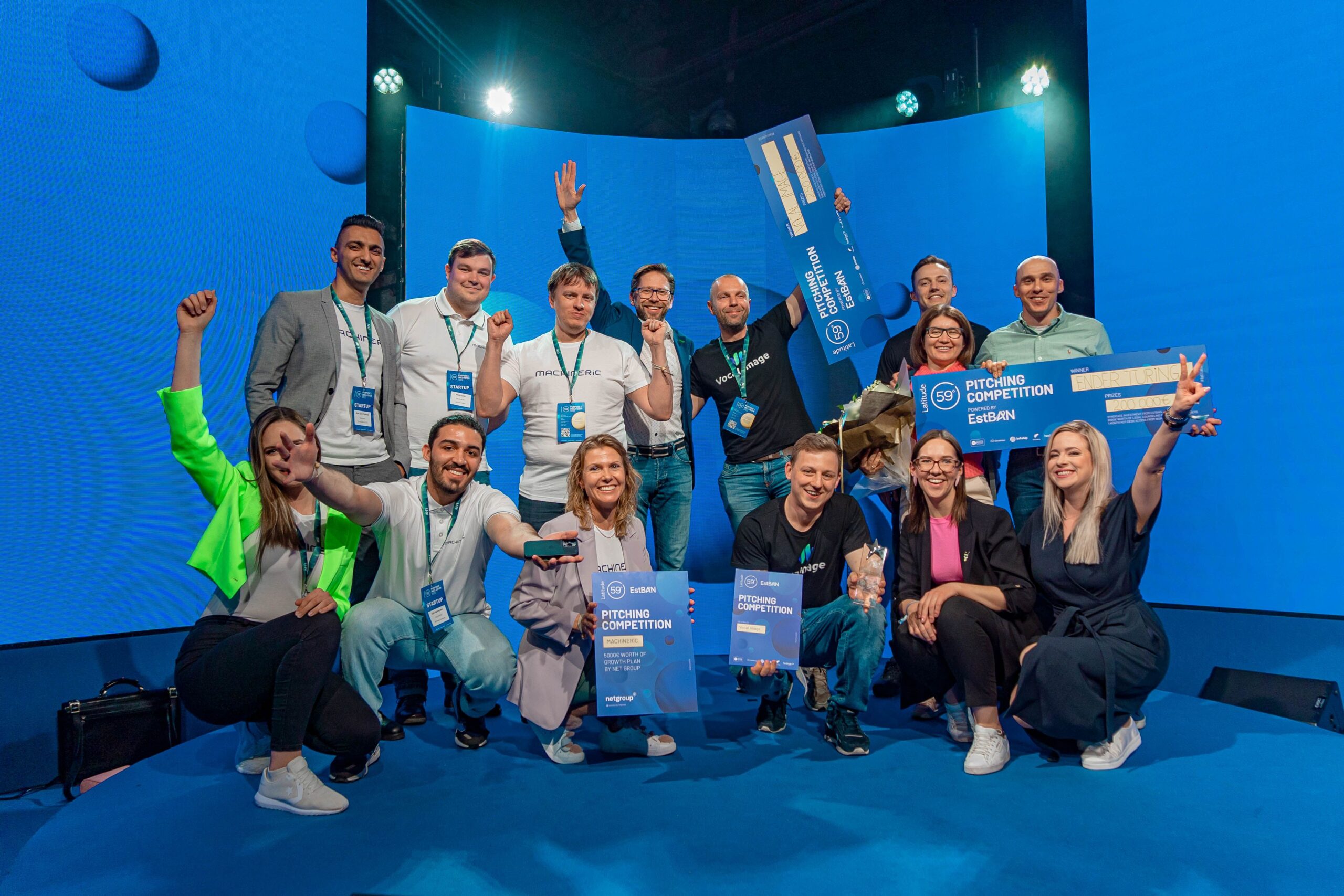 The first place of the pitching competition of the Estonian startup and technology flagship conference Latitude59 was shared between the two startups. Vocal Image earned an investment of 250,000 and Ukrainians’ Ender Turing 200,000 euros. The investment was made by the angel syndicate of Estonian Business Angels Network EstBAN.

According to Mait Sooaru, a board member of EstBAN, the level of the startups in the competition was extremely high this year. “I’m very impressed – for example, all three out of TOP3 companies in the competition have the USA as their next main target market. Also, two of them already have decent traction and very ambitious and capable teams,” says Sooaru.
There were no so-called classical founders among the top five this year. “This time, instead of a 30-year-old white Estonian man, we were pleased to acknowledge the superiority of an Estonian female founder, a Ukrainian female founder, a Belarusian team, and Latvians,” said Liisi Org, CEO of Latitude59.

Both winners have traction from all over the world. Vocal Image is an application for speech training and voice therapy. “The app already has over 100,000 monthly active users worldwide. I did a one-minute training with their app and I felt the immediate effect on how I was speaking – amazing!” said Sooaru.
Ender Turing has a technically very advanced tool for call centers to transcribe, analyze and score voice calls in real-time. “This helps to increase call center efficiency significantly. They already have traction from Germany, Poland, Estonia, Latvia, Lithuania, and Ukraine,” admits Sooaru.
The winners of the competition will also represent the Baltics at Slush, the Finnish technology and startup conference.

This year’s Latitude59 was already tenth. The event was attended by a record number of people, a few hundred of whom attended online. 800 start-ups and about 400 investors were represented. Of the 166 performers, 84 were from outside Estonia, and 46% of speakers were women. More than 50 journalists visited Estonia’s most international event in the field.
Tickets for next year’s Latitude59, taking place on May 25-26 in Tallinn, are already available here latitude59.ee.